Dr. York's diverse research interests include the development and application of spectroscopic and computational methods for the structural and conformational analysis of complex carbohydrates, the development of bioinformatics tools to study the roles of carbohydrates in living systems, and the use of these tools to develop realistic models describing the assembly and morphogenesis of the "primary cell walls" that surround the growing cells of higher plants.

His early research focused on the analysis of plant cell walls using a multidisciplinary approach. Extensive spectroscopic analysis of xyloglucan, a load-bearing polysaccharide involved in controlling the rate and orientation of cell wall growth, have been performed in Dr. York's laboratory. The results of these spectroscopic studies have been summarized in the form of a database that provides chemical shift information taken from the NMR spectra of over 50 xyloglucan oligosaccharides that have been characterized in Dr. York's laboratory. The organization and user interface of this database facilitates the retrieval of information regarding specific correlations between structural featurres of the oligosaccharides and the chemical shifts of diagnostic resonances in the NMR spectra. The availability of this information makes it possibly to rapidly and accurately identify oligosaccharides that are present in the database and to identify structural features of related oligosaccharides that have not yet been characterized. As a result of Dr. York's interest in database development and data mining methodology, he has recently initiated a bioinformatics project as part of the Integrated Technology Resource for Biomedical Glycomics funded by the National Center for Research Resources of the NIH.

The Plant Cell Wall. Expansion of the primary cell wall determines the final size and shape of each plant cell, thereby defining the morphology of the entire plant. It is generally accepted that, with the exception of cellulose, the macromolecular components of the primary cell wall are synthesized within the Golgi and exported to the apoplasm. Cellulose, which is synthesized at the plasmalemma, combines with these components to form a cross-linked matrix (the primary cell wall) that expands at a controlled rate in a defined direction. The process of cell wall assembly thus depends on the incorporation and subsequent reorganization of polysaccharides. In order to develop a coherent picture of this complex process, it is necessary to combine information regarding the biosynthetic mechanisms and chemical structures of cell wall polysaccharides, the physical bases for their assembly (i.e., their molecular conformations and dynamics), the nature of their covalent and non-covalent interconnections, the specificity and regulation of enzymes that catalyze the formation and/or cleavage of these interconnections, the overall topology of interconnected polysaccharide networks, and the rheological consequences of these interacting factors. This is a formidable problem demanding a multidisciplinary approach.

York is addressing this problem by examining the structural details of the cell walls of various plants, thereby determining how their primary, secondary, and higher-order structures vary from tissue to tissue and from plant to plant. Conserved features are likely to confer essential functions upon the cell wall. For example, features that are consistently associated with a specific developmental stage or morphogenetic process (e.g., cell elongation) probably play important roles in plant cell differentiation. The abundance of individual oligosaccharide subunits of the polysaccharide may vary, or novel, chemically modified subunits may be produced at specific developmental stages. For further information regarding the mulitdisciplinary study of plant cell walls see the CCRC's Plant Cell Walls Web Site.

Spectroscopic methods to analyze complex glycansAlthough much less sensitive than chromatographic and mass spectral methods, NMR spectroscopy can often provide all of the information necessary to completely define the primary structure of a complex glycan. York and his colleagues have used NMR (along with other techniques) to determine the primary structures of more than 50 oligosaccharides derived from XGs isolated from the cell walls of various plants. These analyses make it possible to identify previously characterized XG oligosaccharides by their NMR spectra and have revealed many correlations between the structural features of XG oligosaccharides and characteristic resonances in their NMR spectra, facilitating the structural analysis of novel XG oligosaccharides. Continued development of this approach will provide crucial information necessary for studying cell wall structure and metabolism, and is a prerequisite for the comprehensive application of chromatographic methods that rely on well characterized standards.

In collaboration with other scientists at the CCRC (notably the Orlando Laboratory) York has developed new methods using isobaric labeling and multiple mass spectrometry (MSn) techniques to simultaneously identify and quantitate glycans at high sensitivity. The new method, called Quantitaion by Isobaric Labeling (QUIBL) can even be used to quantitate mixtures of isomeric glycans, which is extremely difficult using more traditional methods.

The molecular conformations and dynamics of complex glycans.The assembly and expansion of the primary plant cell wall is directed by the conformation and dynamics of the cell wall polysaccharides that must interact during this process. York and co-workers have developed models, based on conformational energy calculations, for the incorporation of XGs into the primary cell wall. These calculations suggest that the XG can adopt specific, low energy conformations that allow all of the side chains to fold onto one face of the XG chain, freeing the other face to interact with cellulose. Rigorous evaluation of this model will require further experimental and computational analyses, and will depend on improvements in the accuracy of molecular force fields.

Polysaccharides and other glycans often exhibit complex dynamic behavior in solution because they can adopt many different low energy conformations, making them difficult to study by crystallographic and spectroscopic techniques. Their flexibility, compared to globular proteins, may paradoxically arise from the rigidity of the glycosyl residues from which they are constructed. Rigid glycosyl residues may not fold into a neatly packed, low energy structure the way the flexible amino acid side chains of a typical protein do. Therefore, it is often proper to define the conformation of a complex glycan in terms of an ensemble of interconverting states. NMR spectroscopy is the most frequently used technique to study these dynamic ensembles, but it rarely provides sufficient information to describe them in detail. Therefore, conformational models must rely on the agreement of computational methods with experimental methods such as NMR. Although these rapidly evolving techniques currently provide a limited picture of the conformational dynamics of complex glycans, they are indispensable tools for elaborating a dynamic structural model of the primary cell wall.

Informatics for glycobiology and glycomics.Dr. York has a long-standing interest in informatics technology that can be applied to complex glycan structures. He was actively involved in the creation of CARBBANK, which was the first worldwide, comprehensive database of glycan structures. More recently, York has been developing methods for the exchange of glycan structural data over the Internet. His most important contribution in this area is GLYDE-II, an XML standard for structural data exchange that has been accepted as the standard protocol by the leading carbohydrate databases in the United States, Germany, and Japan. 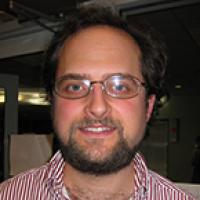 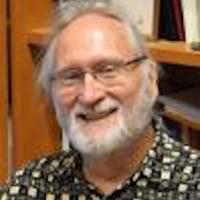 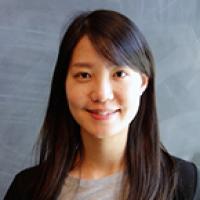 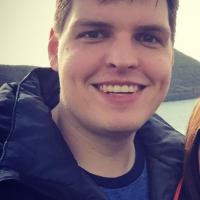